Aircraft boneyards are often the last stop for permanently decommissioned aircraft. Old, damaged, outdated and sometimes historic aircraft need a large, low cost parking place where they can remain as they continue service by providing useful spare parts and equipment. What most people don’t realize is that an aircraft boneyard is not necessarily an aircraft “graveyard.” Many active or over-capacity aircraft are housed at boneyards as they await repairs and maintenance or until they are needed for service. These often remote and huge facilities may hold hundreds of aircraft of all models, ages and conditions. Some have been there for decades, while other sites hold large fleets of newer craft just waiting to be called to duty.  For aviation professionals, they are an important asset in the planning and management of aircraft inventory. For aviation buffs, aircraft boneyards are some of the most coveted aircraft-related sites to explore.

What is an Aircraft Boneyard?

A boneyard is simply a large storage area for aircraft that have either been retired or are awaiting repairs. Most aircraft boneyards are in desert areas because the dry conditions reduce corrosion and rust, and the hard ground often eliminates the need for asphalt. Planes that have been retired to boneyards and are no longer in service are usually salvaged for parts and then ultimately scrapped. Planes that are awaiting repairs are stored at boneyards to save space at crowded airport hangars. The boneyard even attracts many aviation buffs who jump at the chance to see historical aircraft that may have been out of service for decades, such as bombers and fighters from World War II.

Most American aircraft boneyards are located in the desert areas of the West, where the wide open space, dry air and hard ground provide ideal conditions. These are five of the biggest active boneyards in the Western US:

Davis-Monthan Air Force Base: This massive base is home to the 309th Air Force Materiel Command’s 309th Aerospace Maintenance and Regeneration Group (AMARG), better known as simply “the Boneyard.” This 2,600-acre site is within the Tucson, Arizona city limits. All excess US military planes are stored here. The site is also home to US government planes and out-of-service ballistic missiles. Davis-Monthan is known as the largest aircraft boneyard in the world, in terms of the sheer number of aircraft stored there. 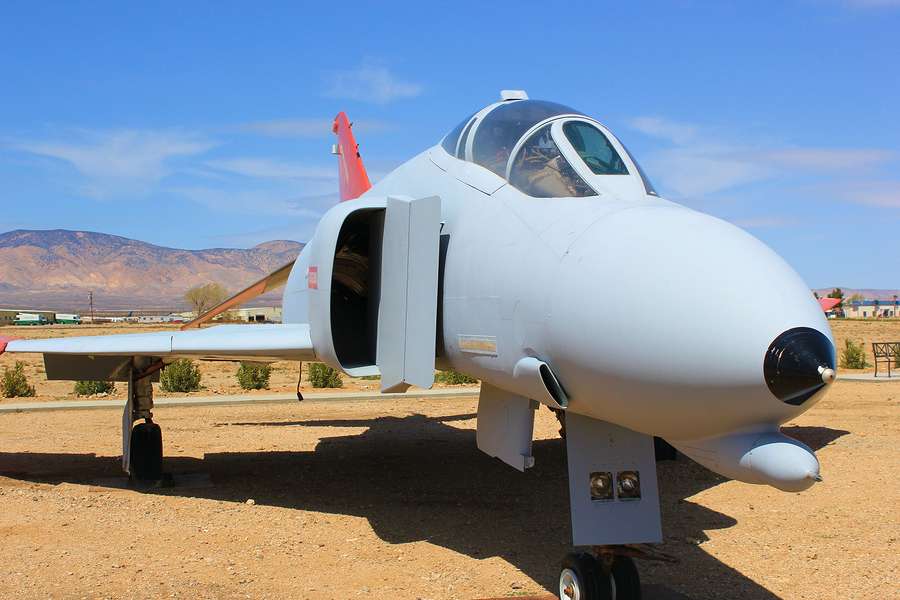 Mojave Air and Spaceport: Located near the town of Mojave, California, this is a large storage and reclamation site for commercial airliners. It has evolved into a world class training, flight testing and research center. Close to Edwards Air Force Base, this facility provides ample room for flight testing new military aircraft. A number of private companies seeking to develop space flight aircraft are based at the Mojave Air and Space Port.

Phoenix Goodyear Airport: The Goodyear Airport is 20 miles away from downtown Phoenix. This boneyard is another site for storing commercial jetliners as they await repairs.

Southern California Logistics Airport: This site was formerly George Air Force Base, which was active off and on from 1941 to 1992. It’s located in Victorville, California. You can actually drive through some of the airport’s streets to catch a glimpse of the planes, but most of the areas are restricted.

Kingman Airport & Industrial Park: Located in Kingman, Arizona, at Kingman Army Air Field, established during World War II as a training site for B-17 gunners, and major disposal site for airplanes after the War. Today  this 4,000-acre boneyard is another site for commercial aircraft restoration.

Most aircraft boneyards are closed to the public. The only large boneyard in America that offers regular tours to the public is the AMARG site at Davis-Monthan Air Force Base in Arizona. Because it is a military site, visitors must obtain a security clearance before they can take a tour.

Tours are also available the Mojave Air and Space Port in the California Desert or you can take their online virtual tour.

The Role of the Aircraft Boneyard in Aviation Management

Aircraft storage is a challenge as every idle airplane need ample storage space when not in use. The aircraft boneyard provides a large space at relatively low storage cost in which to store retired, damaged, furloughed or excess aircraft not currently in use. Aircraft boneyards fill a vital need as they provide for easy access and retrieval of parts and aircraft. Some may include repair and maintenance facilities where the aircraft can be refurbished for return to use.

On arrival, an aircraft destined for permanent decommissioning may be stripped of its engine, useful parts and delicate electronics, all of which can be inventoried and stored for future use in other aircraft. Usually only the shell of the retired aircraft is permanently left in the harsh desert sun.

Other aircraft, such as excess inventory put in storage by commercial airlines or the military, may also be temporarily stored in the boneyard. Depending on the length of the stay, these aircraft will need some amount of refurbishment before they can be safely returned to active service. The cost of boneyard storage and refurbishment the aircraft is usually much lower than replacing the aircraft, making these locations good remote storage alternatives for aircraft inventory managers and maintenance teams. 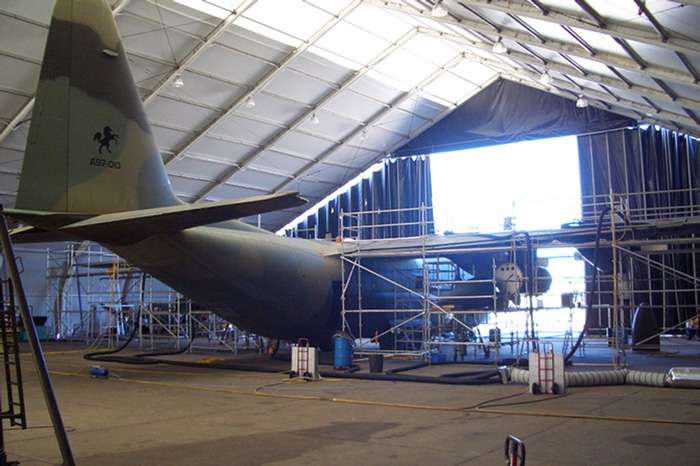 Even though the dry desert conditions at boneyards are very good for preserving aircraft and preventing corrosion, these planes are still exposed to the elements. A boneyard, or any long term exposure to the elements, is not a practical storage solution for valuable aircraft that are still in service. Aircraft hangars are the best solution for keeping aircraft safe and in good condition. This is especially important in harsh climates, or when the aircraft will be unused for long periods of time but must be kept in flying condition. Hangars also provide a convenient and protected workspace to carry out repair and maintenance work.

To keep an individual or small inventory of valuable aircraft in flying condition and protected from wind and weather, fabric aircraft hangars are an affordable and convenient solution. For aircraft storage, or for use as MRO repair facilities, durable tension fabric hangars provide a fast and affordable space large enough to hold almost any aircraft. Allsite tension fabric structures feature a highly durable engineered aluminum frame and heavy PVC tensioned fabric to create an extremely sturdy, durable, all-weather structure that can temporary or permanent shelter to one or more aircraft.

An open span structure, Allsite fabric hangars can be constructed up to 54′ in height, and provide wingspan space ranging from 48′ to 156′. The aluminum frame provides a better strength-to-weight ratio than steel to better withstand the elements and avoid rust and corrosion. The frames are also sturdy enough to support lighting, fall protection gear and ventilation systems. Allsite’s hangars are easy to transport and install on the tarmac or on virtually any surface, even in remote locations.  A separate foundation is not needed for the installation of an Allsite fabric hangar, which greatly reduces overall costs.  These structures also provide excellent hangar solutions for remote airports where it can be more costly to transport building materials for traditional hangars.

Solving aircraft storage can be an urgent problem for busy pilots and aviation-related businesses coping with fast changing market and industry conditions. Tension fabric structures provide reliable extra space quickly, when and where you need it, and at an affordable cost. Allsite fabric aircraft hangars are available for lease or purchase and are relocatable to be used wherever they are most needed. Contact Allsite to learn more about the many ways tension fabric structures can provide solutions for your aircraft storage and operations needs.