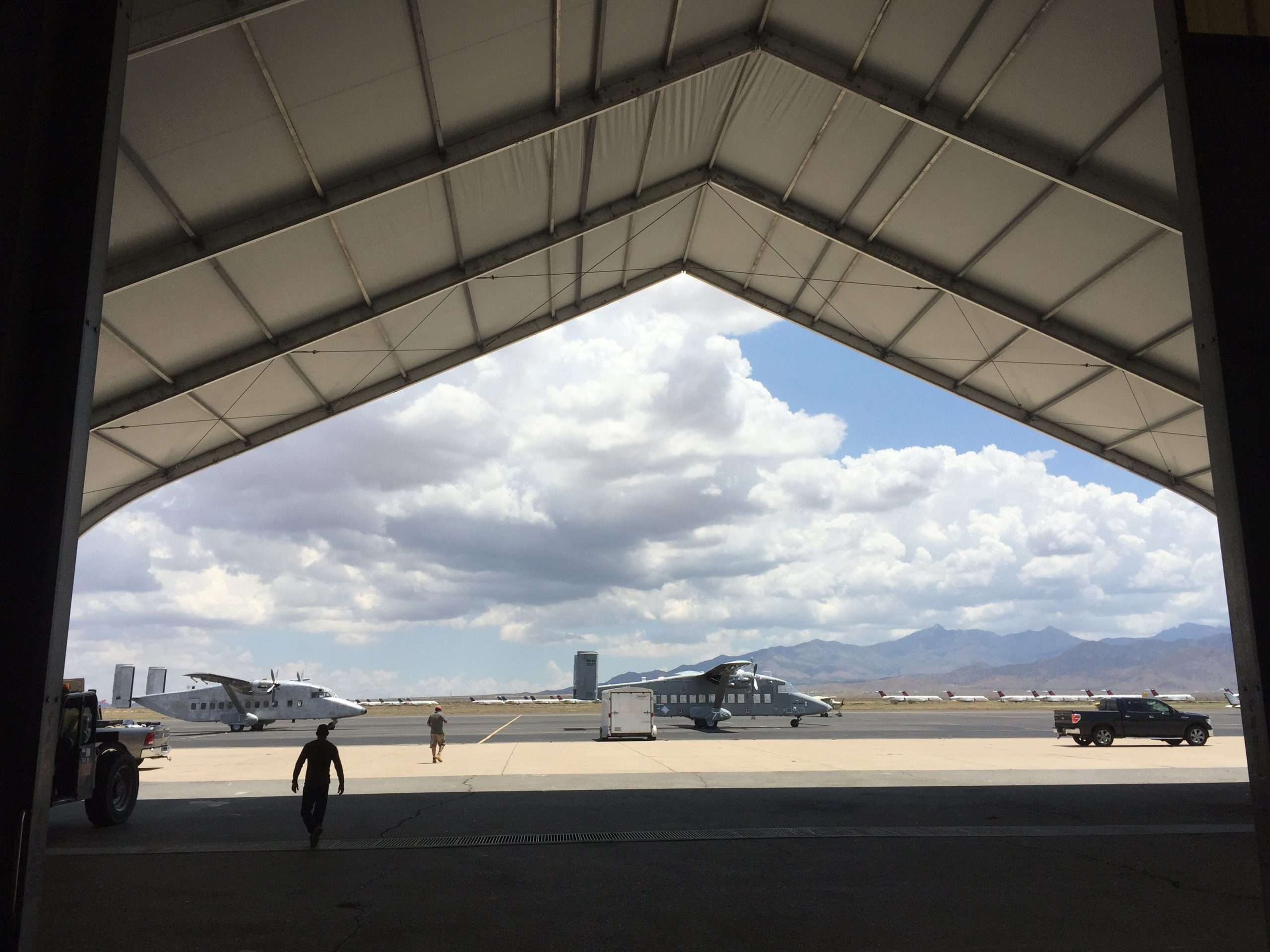 An IATA survey reports that airlines felt the squeeze in Q2 2018. Operating costs are rising across the board, but jet fuel prices have risen an average of 36% over a year ago. Airfares, on the other hand, have been on the decline since 2014. Low fuel prices following the recession, industry consolidations and highly competitive low-fare airlines set the stage for lower airfares which only now are starting to creep up to accommodate the rise in passenger carrying costs.

The good news is that passenger volumes are healthy and rising. Cargo carriers also expect to see healthy growth in the near future. While the industry overall remains optimistic, the recent strain of rising jet fuel and other costs, as well as meeting investor expectations, mean there is a renewed focus on controlling costs to help deliver expected profit margins.

With cost per available seat mile (CASM) rising, most major airlines have expressed plans to cut expenditures over the next few years. Both Delta and American have targeted a billion dollars in savings through cost reductions and controlled growth. To decrease CASM, Airlines are adding more seats or using larger aircraft on busy routes, but these actions are only a small part of the plan to increase efficiency in the airline industry. With both fuel and labor costs rising, airlines must look throughout their operations to boost the productivity of their fleets and employees. Finding ways to speed up aircraft turnaround time and provide quickly accessible service locations at smaller airports are one way airlines can increase operational efficiency and lower operating expenses. 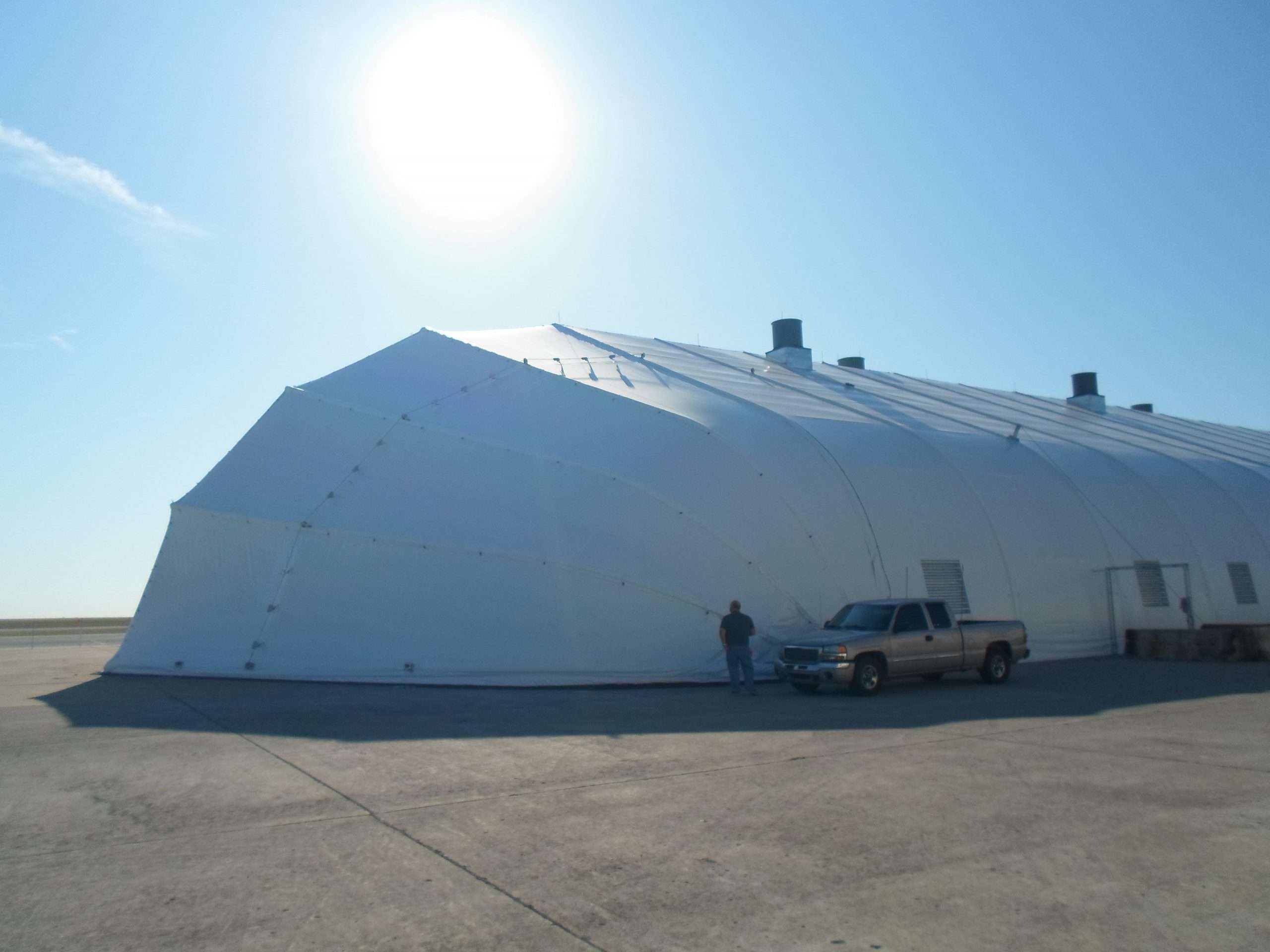 Aircraft hangar space is a key asset in any airport. It is especially important when aircraft turnaround times are tight and productivity of personnel and equipment are a priority. Aircraft hangar space can be costly, space is scarce and traditional new hangar space may take years to build. And, as industry conditions change, needs change, and existing traditional hangar space can suddenly become costly overcapacity, affecting the bottom line. When operating costs are strained, finding a lower cost hangar solution that adds capacity and opens up new opportunities makes sense.

There is an affordable aircraft hangar space solution that can take the edge off the cost of servicing aircraft quickly and cost-effectively. Tension fabric hangars are highly durable structures that have the strength, stability and functionality of traditional structures at lower cost. And, as modular, pre-engineered and customizable buildings, tension fabric aircraft hangars can be used short or long term and can be relocated, reconfigured or returned as needs change.

Aircraft service and turnaround time are two vital cost components that airlines strive to reduce, thereby increasing productivity and profits. Tension fabric aircraft hangars can provide vital extra space at service hubs to accommodate more aircraft on the ground and get them quickly back into productive service. And, since fabric hangars don’t require a foundation and are easily transportable, they can be used at smaller airports where no hangar space is available. With more service space capacity in outlying locations, aircraft can be more efficiently serviced and deployed.

Tension fabric hangars are built to handle almost all environmental conditions and can be used to shelter valuable aircraft in extreme weather locations, including areas of heavy snow and ice. The interior can be heated or cooled, remaining comfortable and protecting workers and aircraft from extreme outdoor temperature conditions.

Allsite’s tension fabric aircraft hangars are constructed with a highly engineered aluminum frame that is not only stable and durable, but is not susceptible to corrosion or rust. The PVC fabric tensioned cover is treated to resist contamination and UV damage. Built to last, these buildings require almost no upkeep, saving costs on building repair and maintenance. And, they are energy efficient. The white exterior fabric repels solar rays to keep the inside cool, and the white interior walls mean the structure requires less interior lighting.

Tension fabric aircraft hangars come in a range of widths (up to 48m or 157’) and in custom lengths, so they can accommodate any size aircraft. They can be equipped with ventilation, lighting and electrical as well as HVAC. Hangars may be open gable or be equipped with clamshell or other style doors, and they support truss systems for safety, signage and other overhead equipment needs. They are available for short or long term lease, making them an easy choice to help control already strained operating budgets.

Allsite’s tension fabric structures are high-strength, highly durable buildings that can help airlines and aircraft owners reduce hangar costs, and react quickly and cost-effectively to the ever changing landscape of the aviation industry. Contact Allsite today for more information.