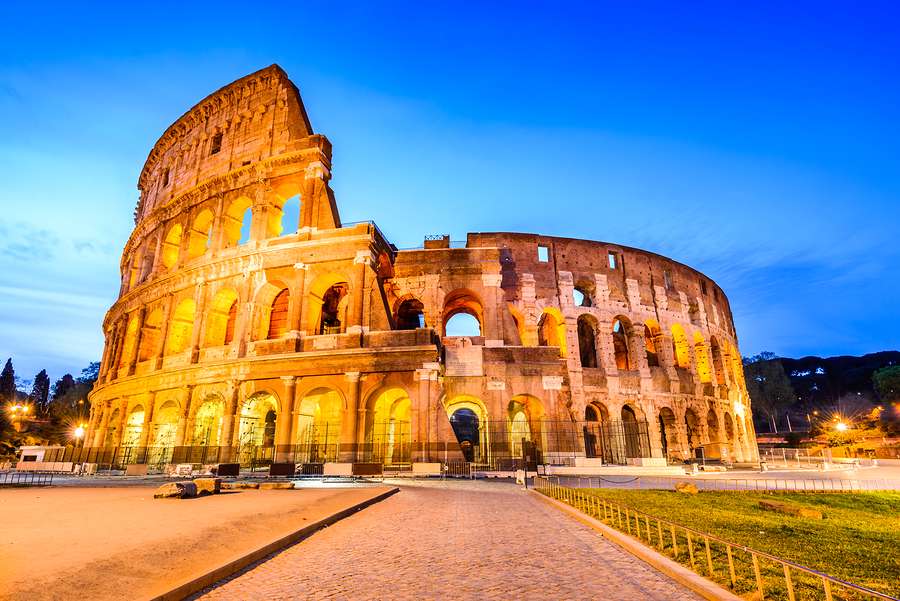 Sports Stadiums Past and Present

A Look at the History of Sports Stadiums

For thousands of years, sports stadiums have served as gathering places where spectators marveled at the athletic accomplishments of their countrymen. From the Colosseum in ancient Rome to the Bird’s Nest Olympic Stadium in modern China, stadiums are held dear in the hearts of their people, often becoming cultural and architectural icons of the civilizations that build them.

From high school sports to the global Olympic games, sports stadiums play a big role in our sports lives.  Sports stadiums often push the frontiers of architectural ingenuity, symbols of pride and achievement for their communities. They owe so much to their ancient predecessors. Indeed, it is fascinating how the sports stadium has evolved over time and how much it has also stayed true to its ancient roots.

Stadiums of Ancient Greece and Rome

Long before television and the internet, athletic competition was huge entertainment. The Greek pride in human athleticism and achievement built a culture of athletic competition that we still celebrate today. Thousands packed themselves shoulder to shoulder in the first stadiums of Ancient Greece to witness sporting events that would be retold for years afterwards.

The oldest known stadiums were built to host the Olympic Games beginning in 776 BC. Tens of thousands of Greek citizens gathered in Olympia, Greece, to watch athletes compete in the first Olympic event – a 200-yard foot race. This sole Olympic event, the stadion, was run simply on packed clay, later enhanced with simple demarcations between lanes at the starting line, and a row of flat stones across them, assuring that all runners had an even, flat surface from which to start the race. 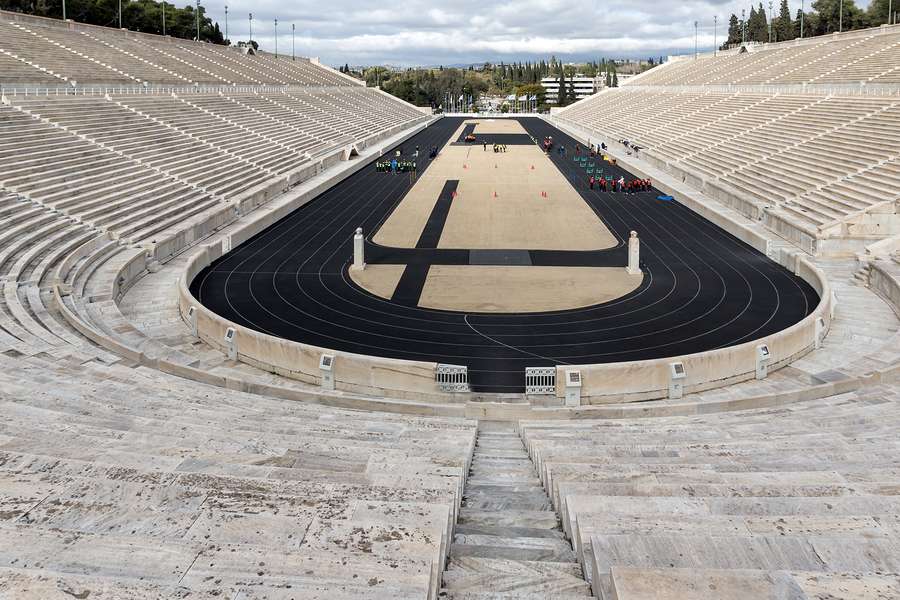 The Panathenaic Stadium in Athens, built in 330 BC, holds a capacity of 50,000 and is a testimony to durability. The only stadium in the world made of marble, the Panathenaic has been in use for two millenia, including being used for events in the 2004 Olympics. 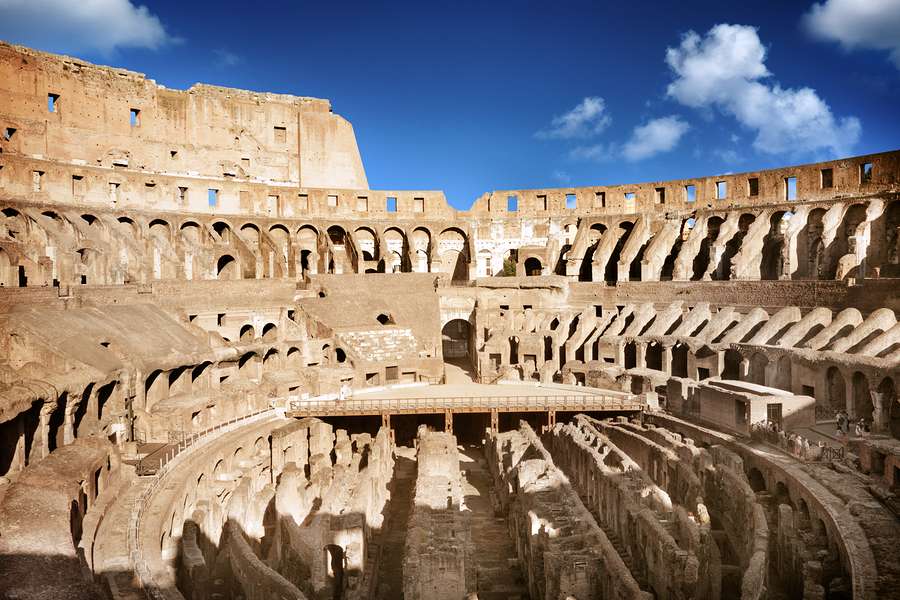 The Romans took the stadium concept to the next level with the construction of circular amphitheaters. These multipurpose structures foreshadowed modern stadiums with their round, enclosed design that optimizes the spectator experience from every angle. The Roman stadium housed a variety of events, including gladiator combat, theatrical plays, even executions, and exotic animal hunts. The Colosseum of Rome, weather-beaten but still standing today, fit at least 60,000 onlookers, comparable in capacity to Ford Field of the Detroit Lions and Soldier Field in Chicago.

The Romans also constructed the Circus Maximus, which could host 150,000 people. Circus Maximus featured chariot races and horse races. They were as thrilling as they were deadly, as seen in the classic movie Ben Hur.

The fall of the Roman Empire led to a centuries-long pause in stadium innovation. Few, if any, sports arenas were constructed during the dark and Middle Ages. It would not be until the rise of new sports like cricket, soccer, football, and baseball that the public would again call for stadium construction.

English architects in the 1800’s first revived the art of the stadium. One of the earliest examples was the Lord’s Cricket Ground in London. Built to satisfy London’s cricket craze, it is one of the world’s oldest stadiums that continues to host events to this day. Similarly, the England Lawn Tennis and Croquet Club, built in 1868, was built to last. It is still home to Wimbledon, one of the world’s most prestigious sporting events. 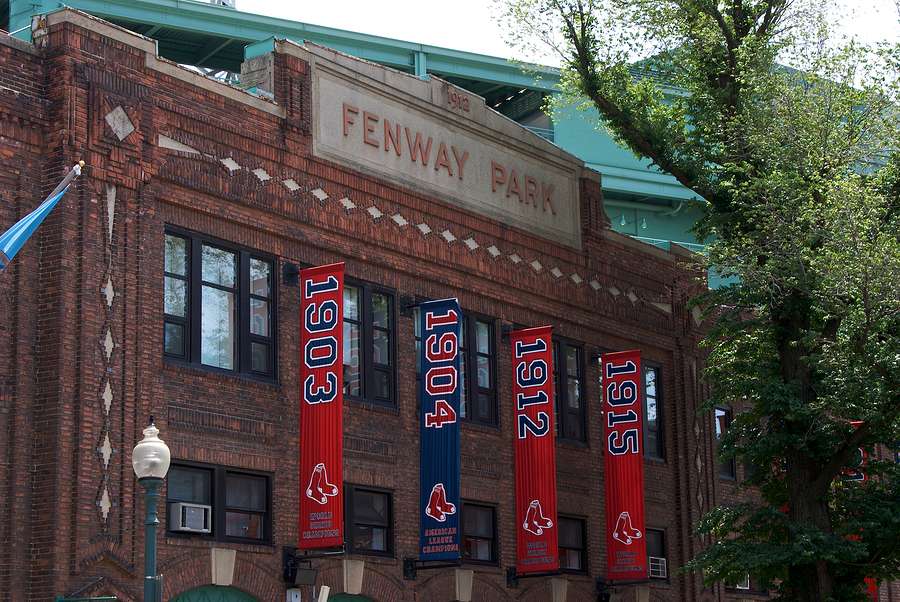 Americans were not far behind their English counterparts. As its pastime, baseball popularized the stadium in the United States. Early baseball stadiums had wooden stands supported by steel or concrete pillars. Fenway Park, home of the Red Sox, is the oldest still-active baseball stadium (equally famous Wrigley Field in Chicago is two years younger). Fenway’s irregular dimensions are a relic of its time, including the infamous Green Monster, a 37-foot wall in left field that haunts batters to this day.

When new sports gained popularity, stadiums were built to showcase top talent. Finally catching up to their ancient predecessors, massive two-tiered concrete and steel structures could once again seat tens of thousands of spectators. The University of Pennsylvania’s Franklin Field, built in 1895, was the world’s first football stadium. Across the pond, Goodison Park in Liverpool, England was built to host their version of football. Both remain in use today.

Architectural innovations quickly pushed the boundaries of stadium design. The Olympics, the World Cup, FIFA, and major sports leagues on every continent, sports are major commercial events that attract millions of viewers. Such widespread popularity means that major investment in innovative, state of the art stadium design is on the table.

Spectacular new stadium designs that enhance the spectator experience and push design boundaries are popping up around the world. Many modern stadiums feature rounded, curved exterior designs. The “Bird’s Nest” national stadium in Beijing kicked off this trend when it debuted for the 2008 summer Olympics. Other modern marvels using this design include Borisov Arena in Belarus, Al-Wakrah stadium in Qatar, and the upcoming National Olympic Stadium in Tokyo. These stadiums have become artistic masterpieces that serve as icons for a city’s skyline and boost national pride.

Innovation has occurred inside the stadium, too. Arenas are racing to compete against advancing home entertainment systems by incorporating digital technology however they can. Cowboy Stadium in Dallas serves as a prime example, with its famous 11,000 square foot jumbotron.

Here in Las Vegas, local fans and Raider fans nationwide are eagerly awaiting the new stadium and inaugural season of the NFL’s Las Vegas Raiders who recently announced a move from Oakland.  The new $2 billion Las Vegas Raiders stadium will be a major architectural addition to the Las Vegas Valley skyline.

Many modern stadiums are designed to take advantage of the lightweight durability of fabric to cover large roof span sections and the incorporations of new materials like ETFE. This glass-like fabric material will be featured in the roof and walls of the new Las Vegas Raiders stadium. Fabric and advanced products like ETFE add both stunning visual and practical elements to modern structures, with added light and sweeping curves. These visual features combine with ETFE’s light weight, energy savings and ease of repair and maintenance to make it a significant new development in modern stadium architecture.