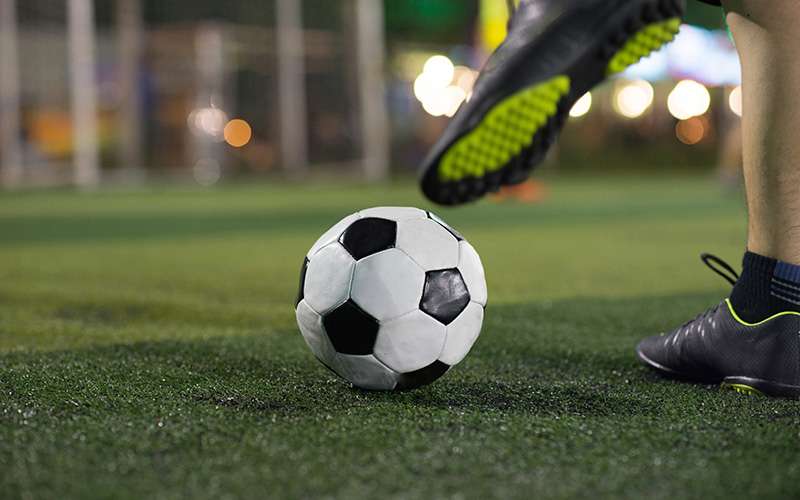 The Stadium of the Future: Temporary Soccer Stadium

As soccer gains momentum as a major sport in the United States so does the use of temporary soccer stadiums. Due to the phenomenal growth of this sport, stadiums specifically for teams and leagues are in high demand and quickly becoming the norm.

Traditional stadiums used to be the only standard when it came to soccer; however, the flexibility offered with a modern, temporary soccer stadium makes it the right choice for many soccer leagues and clubs.   In fact, Qatar’s successful bid to host the FIFA World Cup 2022 includes design concepts for the construction of temporary modular stadiums.

The modular construction of a temporary soccer stadium allows for an adaptable fit. The structure can be enlarged or downsized as needed. For example, as a league or soccer club grows, the facility can be expanded to fit the new requirements with very little effort.

In terms of a construction time frame, a temporary soccer stadium can be constructed quickly without sacrificing quality standards. It will take minimal time to build when compared to a traditional soccer stadium that can take months or even years. These structures can be built almost anywhere and often without the need for a foundation or level ground.

A temporary soccer stadium can be custom-constructed for a fraction of the cost and time of a permanent stadium and yet offer all of the same amenities and features. The stadium can include separate areas for locker room facilities, including showers and dressing areas, offices, and multiple concession stands.

The durable frame of a Tensioned Fabric Structure (TFS) is able to hold the weight of PA and speaker systems, as well as scoreboards, making the sound quality just as good, if not better, than a traditional stadium. In fact, the fabric of the enclosure can often provide better acoustics than a traditional concrete building.

With practically unlimited length available for these enclosures, all of the features can fit comfortably within the clear span design. If there is a need for expansion at any time, it can be accomplished quickly and affordably.

Many organizations, such as the Olympic Games and World Cup committees are becoming more aware of the environmental impact of sports facilities. The ability to reuse and relocate sports facilities such as a temporary soccer stadium is an attractive choice because it offers an economically and environmentally sound decision.

Consistency is vital to becoming good at any sport and soccer is no exception. With a temporary soccer stadium, there are no rainouts, delays, or cancellations due to inclement weather. Teams are able to play year-round, no matter what the temperature may be outside.

From our article here regarding indoor soccer stadiums.

A team is able to develop a routine, as there is no cancellation of practice or games, leading to more practice time, and hopefully a better team. Individually, there is no interruption in the skill development of a player.

With soccer becoming one of the fastest growing sports in the U.S., the need for more soccer stadiums will only increase. Many towns and cities now offer multiple leagues and therefore playing opportunities for a variety of ages, some starting at age three.

A temporary soccer stadium can be used for practice and games for both youth and adult leagues, traveling and local teams. When not in use for these teams, it can be rented out for club leagues or for private training. With the ability to keep the facility open year-round, you can generate revenue 12 months a year.

Allsite Structure Rentals has helped create many customized temporary buildings. Talk to one of our design experts today about your temporary soccer stadium by calling 888.599.5112 or click here for more information about our structures for sports.