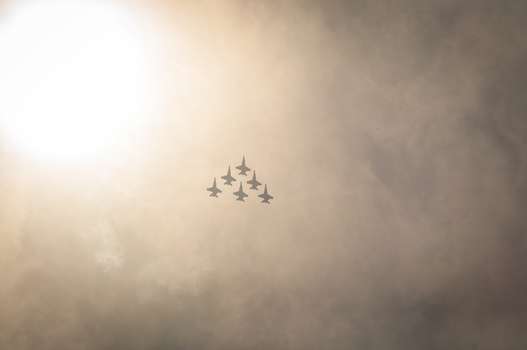 The Use of Airplane Hangars

Planes have revolutionized the way that we travel. Now, people are able to get long distances in a shorter amount of time. When you are trying to vacation, by flying, you are able to spend more time at your vacation destination.

When it comes to planes, Surprise Ride, http://www.surpriseride.com/blog/extra-fun/24-fun-facts-aviation, tells us things that we may not have known:

• Every single day there are about 200,000 flights around the world
• Food tastes different when it is in an airplane
• At first, the famous Amelia Earhart was not impressed with the airplane and actually declined to ride in it
• We started with kites but now we have gliders, airships, helicopters, commercial planes and supersonic flight
• Orville and Wilbur Wright designed the first successful airplane
• Over 80% of people are afraid of flying
• Most of an airplane is make from lightweight aluminum
• Mercury is forbidden to bring on flights because it can destroy aluminum
• In the 1920’s a plane ticket cost only $5.00
• The longest paper airplane flight was 27.6 seconds
• All airplanes have a flight data recorder which keeps track of everything that the plane does
• On each side of the plane there is an aileron which causes the plane turn to the right or the left
• Air travel is the second safest form of travel. Second only to the elevator or escalator
• Planes that fly internationally usually have their home country’s flag painted on the tail
• Only 5% of the world’s population has ever traveled by plane
• Amelia Earhart was the first woman to fly across the Atlantic
• The President and the Vice President of the United States never fly together in case an accident were to occur

Airplanes are a great way for people to travel. It makes sense that thousands of people use airplanes to get to far away distances in a short amount of time. When you do have an airplane, though, it is important that while they are on the ground they are being taken care of. An airplane, while grounded, is usually kept in an airplane hangar. The hanger needs to be large enough to store all of the airplanes, as well as store the things needed to maintain the airplane.