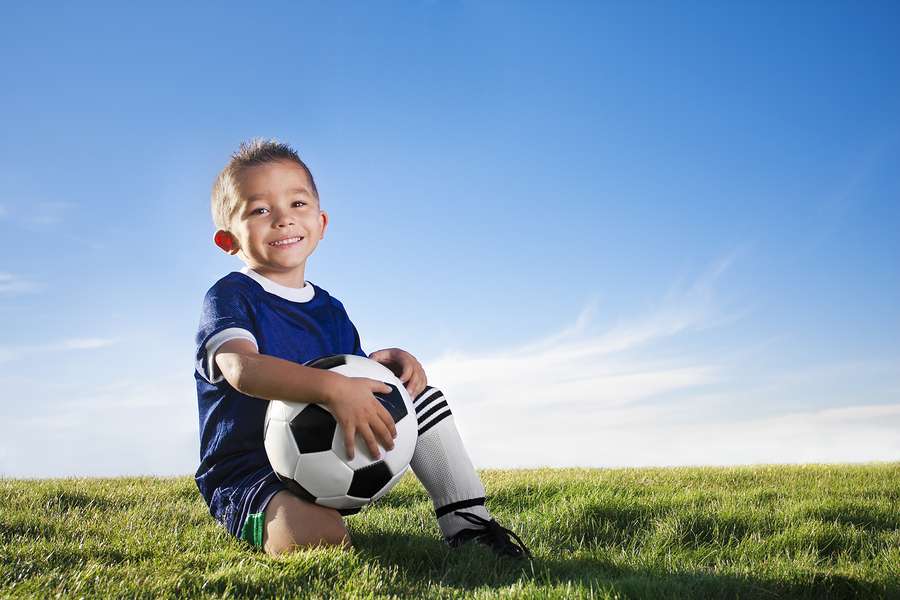 Invest In Youth Soccer to Build More Competitive US Teams 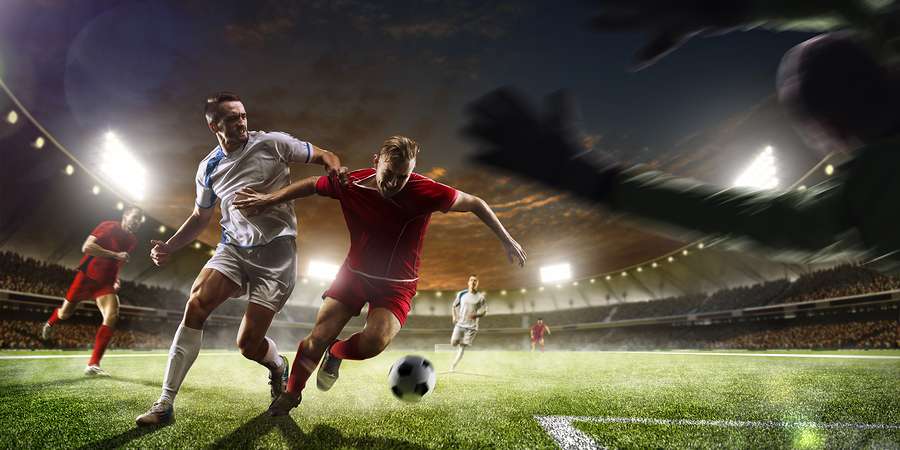 At the 2017 World Cup qualifying rounds, U.S. soccer, over-matched and out-played by the 99th ranked team, was devastated by what was probably an inevitable outcome. Pitted against Trinidad and Tobago, the American team needed just a tie game to advance to its eighth consecutive World Cup tournament. The heavily imported American lineup was down 2-0 before even taking their first shot on goal.

The devastating loss would cost U.S. Soccer and its supporters upwards of $250 million, international standing and its dreams of World Cup soccer. The failure to qualify for World Cup tournament play spurred despair and finger-pointing. But, at the end of the day, U.S. soccer knows that it has a long way to go to make American professional soccer strong enough to compete on the world stage.

The American sports terrain is different from other countries where soccer (known elsewhere as football) rules the day. Once, baseball was the national pastime. Now the NFL and basketball dominate sports fandom. But while it’s ranked only the 4th most popular sport in the US, soccer dominates in nearly every other country on Earth. Enjoyed by people of all ages, played in energizing NFL-style sports stadiums, full of exciting action and able to build strong fan loyalty, soccer is growing in popularity in America. But a few things are holding US soccer back from reaching its potential.

Some will say soccer is not competitive enough (some games end in ties) or rough enough for the American sports fan. But recent growth in the US soccer fan base belies those myths. The dual impact of changing demographics, with more families originating from soccer-impassioned countries raising their children as soccer fans in the US, and the impact of the growth of private youth soccer leagues, are creating an historic opportunity for anyone ready to invest in developing professional American soccer talent from the ground up. 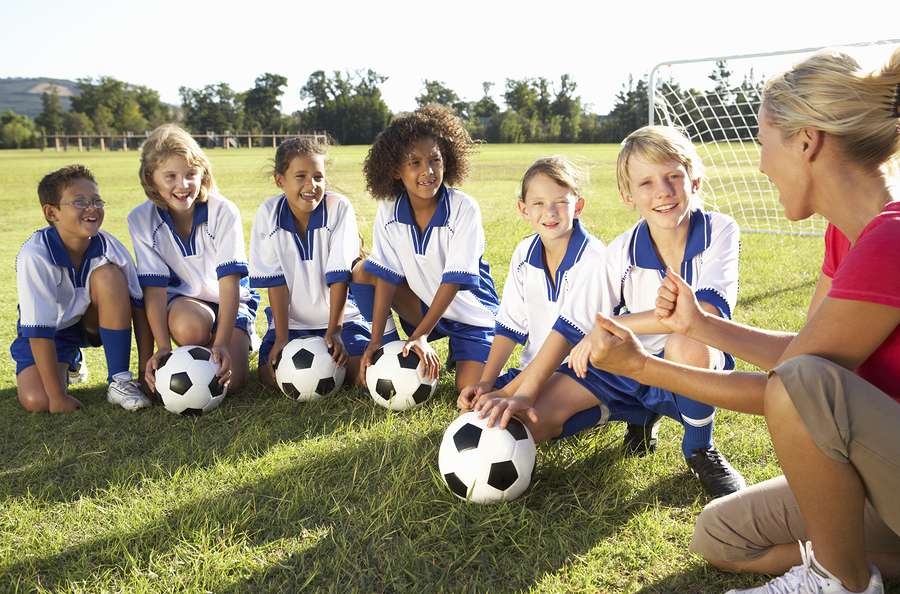 Soccer leagues for kids are flourishing across America. The sport even ranks ahead of baseball in terms of popularity for youths between the ages of 12 and 17. In fact, youth soccer sign-ups saw an 89-percent growth from 1990 to 2014, with numbers swelling to over three million participants. More than 24 million Americans play soccer at some level, a statistic that comes in second only to China. So, why isn’t this translating into more homegrown professional players?

On the heels of the World Cup elimination, US Club Soccer CEO Kevin Payne discussed the link between the U.S. approach to developing talent and putting forth successful international teams.

“What is needed is to stop thinking there’s a single thing we need to do like throwing a light switch,” Payne told the LA Times. “The best way to measure soccer experience isn’t by wins and losses. Our country, for 30 years, has encouraged youth soccer coaches to win games. That’s their mission. If you go to Argentina, Brazil, France or Germany, that’s not what the coaches are working on. They want to win matches, but the idea is how do we develop individual players?”

Indeed, player development is going to be key to strengthening our players’ ability to compete against countries with decades of investment in their training and conditioning infrastructure. The good thing is this focus can start at the very beginning of play, with even the youngest players.  Many point out that American youth training could improve by emphasizing basic skills and conditioning in a similar fashion to youth football and basketball. In order for youth soccer to develop a path to professional success, it will be important to provide consistent, high quality and appropriate physical and skills training for players at each level of the game. Sports-Fitness Advisor points out that, on the large soccer field with a game that is in almost constant movement, players cover an average of 8-12 km during a match, alternating walking, jogging, sprinting and back-pedaling. Endurance training and aerobic conditioning are key to soccer player success and should be part of any youth soccer program from the early stages.

Today in US soccer, there is a lack of homegrown star power. Top-level American teams are mostly a hybrid of talent acquired from around the world. Sometimes these ad hoc teams gel. Other years, like 2017, not so much. There are language and cultural differences of course, but mostly managers and players just don’t have the time to build on common experiences and develop the trust and cohesion that help win championships.

Then there’s the hero factor. In other countries, famous homegrown players such as Pelé in Brazil, David Beckham in England or Zidane in France capture the imagination of young athletes and inspire them to strive to follow in their footsteps. Finding, developing and promoting our own soccer heroes will go a long way toward helping this sport grow its fan base and reach the highest levels. And, big soccer stars have an impact on ticket sales, merchandise, TV coverage and so on, allowing the team to invest in even more talent and the pursuit of championships.

US Soccer Future Depends on Growing Access to Youth Soccer

American youth soccer currently tends to concentrate in the suburbs, where many families pay for a few years of soccer for their kids, but then move on to other activities as they grow up. Lacking in America are urban and neighborhood soccer leagues where any child can participate and where surely many kids who dream of a career in soccer are simply unable to find an opportunity to play and develop their skills as part of an organized soccer league. A deeper and more inclusive infrastructure of affordable facilities and coaches ready to spot and encourage natural talent will enrich American soccer and open doors for kids who otherwise today are missing out, and whose talents US soccer is missing out on.

Opening doors to more children, in particular Latino and other immigrant children in communities where soccer culture is already strong, and where kids are hungry for opportunity, will enhance the pool of future potential players. But it means providing children with access to low cost, organized soccer leagues with safe places to play, transportation to and from practice and games, more coaches and the support of parents, teachers and community leaders.

While US Soccer at the national level has a number of stated player development initiatives, it mostly falls to cities, towns, schools, civic groups and nonprofits across the country to prioritize youth soccer by building soccer fields and training and practice facilities, and encouraging the development of youth and adult soccer leagues open to all residents. Youth soccer programs cam focus on not just teaching kids life skills like discipline and teamwork, but also help identify talented young players and instill them with the opportunities, skills and physical training to help them enter the ranks of professional play. 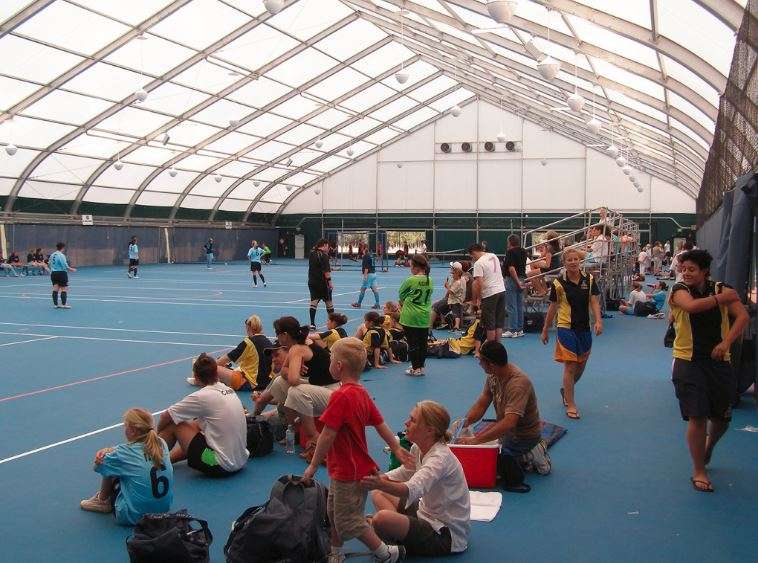 Allsite Structure Rentals spacious, all-weather tension fabric structures provide year-round cover for many indoor and outdoor sports, including indoor soccer facilities for matches, practice and training facilities. These structures come in a range of sizes, large enough to serve as an indoor sports stadium holding thousands of seats, or smaller for more intimate team practice fields. Inexpensive to rent or lease, they are highly durable and can be installed on any surface, and work great with low-maintenance artificial turf. Leagues can keep training throughout the year as these structures easily shed snow and can handle high winds and rainstorms. Highly durable, these fabric buildings can be installed for permanent or temporary use. For more information about Allsite indoor soccer facilities for your league facility needs, contact us today.